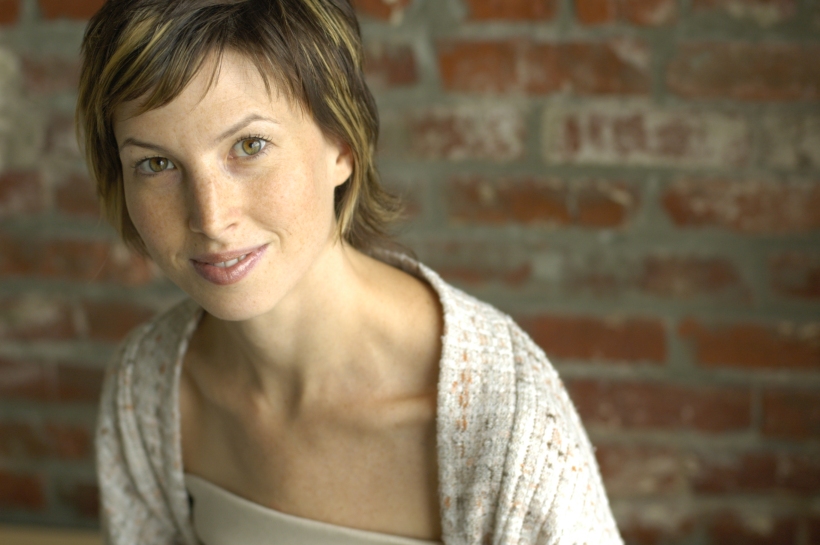 Whenever I board an airplane, I try not to get my hopes up too high about the person sitting next to me. I’ve accepted the fact that the chances of George Clooney flying Economy are below zero, but just someone friendly and interesting to talk to would be nice! Nine out of ten times however, my flight neighbour puts on his of her headphones and is silent for the remainder of the journey. On the flight from Toronto to Vancouver however I had the pleasure of meeting Trish Williams, Network Executive for Bell Media. She worked on one of the best television series I have ever seen (Flashpoint, starring Enrico Colantoni and Amy Jo Johnson) and has been kind enough to answer my questions about her fascinating profession!

Love for stories and people

Trish studied a number of things in school, but the subjects all had one thing in common: “My love of story and people,” she explains. “In university I studied English Literature and Sociology as double majors. This combination was actually something I didn’t originally intend to study. I really wanted to be an actor – but my parents told me I would be crazy to study drama. (Today I don’t think that is true at all.) As a compromise I took many English courses and loved reading books and analysing character, imagery, plot etc. Sociology was a surprise passion of mine. I could not get enough of the idea that society is all based on shared assumptions and beliefs – that actually are not real! It was the most fun. After university I went on to do a college program, a 2 year diploma in hands-on media production. I wanted to be a documentary filmmaker and this course offered all sorts of practical experience in photography, interview skills and producing for both radio and TV. I got my first job in the industry as a part of this program’s internship placement. After having worked 10 years in the industry as a documentary writer, producer and on-air host, I went back to school to do a Master’s degree in Communications and Culture – specifically studying Canadian Television policy.”

Trish currently works as the Director of Drama for the Canadian broadcast network Bell Media. She heads up the Drama Department in Bell Media’s Independent Production Unit. In her occupancy as Director, CTV has launched the ratings success stories ‘Saving Hope’ and ‘Motive’ and SPACE has launched the critically acclaimed ‘Orphan Black’.

“In the role of Director of Drama I oversee the team that develops dramatic material and oversees the production of series and MOWs airing across Bell Media’s family of channels, including CTV, SPACE, MUCH and Bravo,” she says. “I also oversee the development of new projects from idea stage to the final product airing on screen. The job is very challenging and involves a combination of creative skills, people skills and tactical business thinking and strategy.”

“The best part is definitely when something goes from idea to reality – and it’s especially satisfying when it’s good!” – Trish Williams (c) picture: thumbs.dreamstime.com

Best part of the job

Every job has got its ups and downs, but I’m more interested in the upside of things! So what is the best thing about being a Network Executive? “The best part is definitely when something goes from idea to reality – and it’s especially satisfying when it’s good! It’s so fun to be able to help make something that is just the germ of an idea grow and take shape,” Trish clarifies.

Is there such a thing as an average day on this creative job? “An average day consists of reading scripts and watching rough cuts for shows that are in production (meaning they are currently writing, shooting, editing episodes of a drama series). After reading a script, I will get together with the production executive working on the show and we will analyze what we like, what is working well, and what still needs more work to make the episode the best it can be. We will convey these “network notes” to the creative team of producers, director and writers making the show.”

“My day will also have lots of meetings – both with my colleagues with the network and external producers and writers. Internally we meet about programming strategy, research, development plans, communications strategy and press releases, publicity and promotional plans for our shows, business and legal matters and other general issues that come up. My meetings with producers and writers are usually to hear new ideas, or “pitches”, and to have general meetings to share with the production community our networks needs and programming strategies – as these change and morph throughout the year.”

If you are enthusiastic about Trish’ career, then pay attention and take her advice! “Getting first-hand experience working in TV can be a major help,” she confides. “This can for instance be achieved by programs that offer internships and volunteering in a number of places. Once you have a sense of the type of job your would like, the type of skills you have to offer, be very driven and motivated to make that happen. No one is going to tell you what to do, you need to decide for yourself and then pursue it with vigor. Ask people out for coffee who have the type of job you want and ask them how they got there. Develop respectful relationships with people in the industry. Know your TV!”