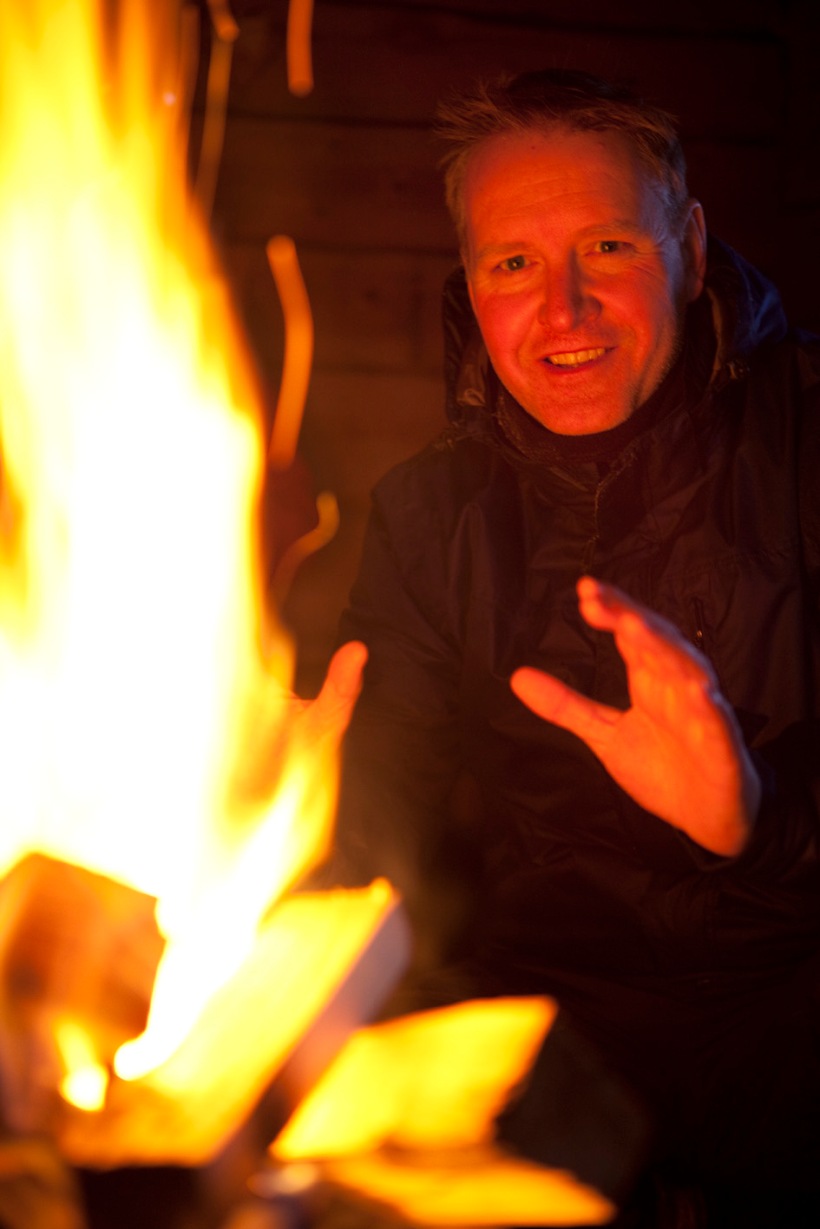 For the section ‘Dream Jobs’ on my blog I interview people with interesting professions. Paul Römer’s job at the Dutch & Belgian version of National Geographic Traveler definitely belongs to this category. Passion for travel, inspiration and curiosity are only a couple of the essential elements of this gorgeous and inspiring magazine, that never fails to excite me.

“I realise that many people consider my position to be a dream job and in many ways it is,” Paul says. “I go abroad five or six times a year and those journeys are amazing. The largest part of my work however consists of creating a full magazine, basically starting from scratch. Speaking with reporters, photographers and other members of the editorial staff is a very important part of it. We inspire each other and come up with ideas at the office or at home, that eventually results in a travel story. To see the end result in text and in pictures is very satisfying.”

Many of the reporters come up with ideas for stories, based on a small detail of their own inspiration. “Andrew McCarthy for example knew someone in New York, who was of Moroccan descent. Haggling over a price on a market is quite a big thing there. He decided to go to Marrakesh to learn the art of haggling and write a story about it. Another writer wanted to learn how to dance the salsa properly, so he went to the source: Cuba. He found a good salsa school and talked to the people there about the role of this dance in Cuban society. I find it beautiful that a good story often comes from a small, but specific idea,” Paul smiles.

“We always try to put the focus on several continents in the magazine. You will hardly ever see an edition with six stories on Asian countries. There’s always an article on for instance a European country, a citytrip, a journey through nature etc. Usually all continents and sorts of journeys are represented in each edition of this magazine. What I think sets us apart from most other travel magazines, is the fact we allow personal observations, thoughts and experiences to be part of the story. Many other magazines put the focus on practical information. That’s not our goal, because we think you can find most of the functional information on the internet. The readers love the National Geographic Traveler because of the inspiration it gives them. Not necessarily to go on the specific journey described in the magazine, but the inspiration to plan and go on their own trip.”

American Literature and the USA

Paul’s own journey towards the position he is in now started at the University of Amsterdam, where he studied Dutch and American Literature. But this wasn’t the only thing that influenced his love for the United   States of America. “My sister married an American and my brother moved to the States at a very young age. They both still live there. I’ve always found the country fascinating and the American literature I read, fueled that passion. On top of that they’ve got the movie industry and you see the country on TV almost every day. There comes a time when you think: I have to see it for myself,” he remembers. “Thanks to my brother’s contacts there, I worked a few summers as a waiter in a New York restaurant when I was younger. Back then in the eighties that was kind of unusual, as most people visited countries such as Spain and Italy. Nowadays the world is much smaller and most people have been to the USA multiple times. But at age 18, to me it was a big adventure.”

“Recently I visited Argentina, which I enjoyed very much. It was a spectacular journey with amazing scenery and people. It’s always the people, with their warmth and hospitality, that make a visit worthwhile and special, no matter where you go. It always surprises me how often people are willing to help you and happily tell you all about their country and culture,” Paul informs me. “For example, I had a very extraordinary meeting with an aboriginal in the north of Australia. We flew to the beach where 400 years earlier Dutch people reached land and fought with his ancestors, who had never seen caucasian people before. Aboriginals haven’t got the same concept of time as we have. They don’t use the past or the future as we do. So as he was telling the story of what had happened, it was as if he had been there himself. I felt like I represented the Dutch people of the 17th century on that day. He got quite emotional as he told the story. I’ll never forget that experience.”

Despite the fact Paul has the papers to prove he’s quite a seasoned traveler, there are still a few countries on his travel wishlist. “I am looking forward to my travels to Peru and Brazil, later this year, but would also love to go back to Australia, the USA and Canada” Paul admits. “Because one of the best travel experiences I had was the time I spent on a remote location on Vancouver Island, Canada. There I stayed at a lodge which was run by Dutch managers. A truly wonderful area. The article I wrote was placed in the magazine a few years ago.”

“In general there are places I enjoy because I feel good and at ease there, but going to places that are just out of your comfort zone often create the most interesting travel experiences. Coincidences and chance encounters are also factors that make traveling so special. At National Geographic Traveler we want spontaneous situations and chance meetings to play a part of the story and I think those are the most rewarding experiences for our traveling reporters and photographers, too. Those are the elements that make a story strong,” Paul explains. “We do a lot of research and planning before sending our journalists and photographers abroad, but there has to be time for spontaneous events to occur.”

Spontaneity is a character trait that comes in handy when you are a travel writer or photographer, but what other qualities do the people working for National Geographic Traveler have that makes them good at what they do? What sets real travelers apart from ‘the rest of society’? “Being open and interested in other cultures and people is really important,” Paul emphasizes. “People that go on a regular holiday are mainly interested in taking a break from the daily grind and relax abroad. The main focus is on relaxing and having a good time with their friends and/or family. Travelers usually go abroad to learn, to expand their horizon and incorporate these experiences into their own lives.”

Do you recognise yourself in Paul’s description of a traveler? Is traveling your greatest passion? Do you also love National Geographic Traveler? Comment and let us know!

If you want to read Paul’s articles and blogposts, look for National Geographic Traveler in stores and kiosks, but also check out the official Dutch website!