Miles Anthony works as an agent and manager of actors and started his successful company Marlowes Agency eight years ago. High profile actors Eric Roberts, Alison Eastwood and Bill Cobbs are among his impressive list of clients. The Englishman has such a love and drive for his profession, that he works seven days a week in the movie business. Miles explains why being a manager is his dream job, the skills you need for this profession and the fierceness of the competitive movie industry.

Miles started his career as an actor, but discovered his passion for being a manager nine years ago. “I worked for an agent in London for a year and I absolutely loved it. After that I started my own agency. Officially I’m an agent, but practically I’m more of a manager, as I manage people’s careers,” Miles explains. “As a manager I decide what is best for their career and which jobs and projects they should take. I like to call it being a ‘king- or queen maker’. Nothing gives me more pleasure than calling my clients to inform them that they’ve got the job. Recently one of them secured a role in a feature film and after I told her the good news, she was just screaming down the phone in the middle of a store, because she was so happy. That is such a great feeling. I wouldn’t want to do anything else. To me, actors are the most wonderful people in the world and I love my clients.”

Typical workday
A typical workday… Does such a thing even exist in the life of a manager? “Not really,” he laughs. “Sometimes I get phone calls quite early in the morning from American based clients. But in the mornings I usually look for various castings in different sources, platforms where people place their jobs for actors. The morning routine also involves phone calls with various casting directors to discuss my clients. The afternoons often consist of meetings, doing deals and working on films, while the evenings are spent watching movies. Not for pleasure, but for research. Most of the time I look at films with a professional eye. It’s about familiarizing myself with different directors, actors, writers and other people working on that movie and the work they do. When it comes to making my own movies, I also enjoy the creative side. It’s beautiful to see a story come to life, from the script to the storyboards and then to the actual shooting on set. Afterwards it’s great to see the progress and development during the post-production in which the sound, music and grading gets done.” 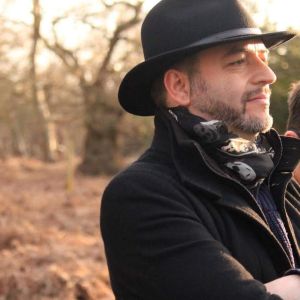 Fierce competition
As much as Miles loves his job, there are of course less enjoyable aspects… In the world of movies and glamour, competition is tough and can be a source of frustration for the many people involved in this industry. “That’s why it’s so important to have good networking skills and knowledge of the business,” he emphasizes. “You’ll learn about legal aspects of contracts and stuff as you go along, but it’s predominantly about who you know. Because the odds are extreme. There are hundreds of agents and managers, just in London, and there are thousands of actors. It’s a cutthroat business. As an agent you only earn money when your clients are working. Those are the downsides of this line of work.”

Advice on handling rejection
To make sure the right actor gets cast for a certain role, Miles also decided to make his own movies, such as Blue Moon, a horror film about a werewolf, which comes out in November 2015. “This way I’m in control of who plays which part. Because in the movie business it’s not always the best actor or actress that gets the part. It could be that the casting directors are looking for someone with a specific physical appearance, or the person who gets the part has very good and influential connections high up in the business… It’s not always about acting ability. That’s why I tell my clients to not take rejection personally, because you don’t always know what goes on behind the scenes. And be nice to people on your way up, because you will pass them on your way down! You just have to keep going and do what you enjoy doing. You never know when the phone is going to ring, to bring you the news that you just landed your dream role.”

I know I’m going to take this advice to heart! I like to thank Miles Anthony for this interview. If you want to know more about Marlowes Agency, please visit www.marlowes.eu and follow Miles Anthony on Twitter: @MilesMarlowes.