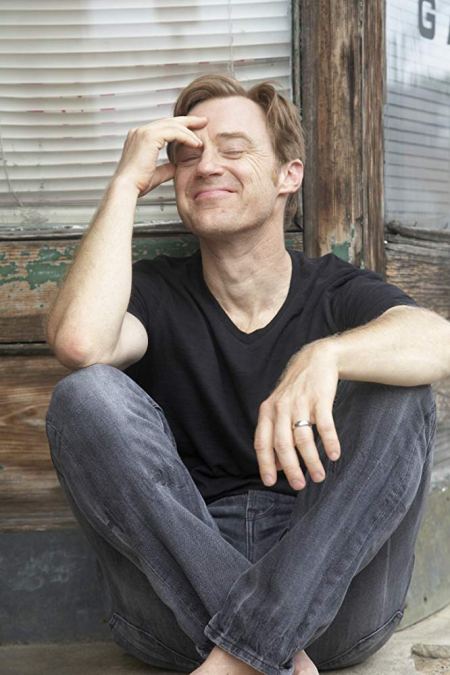 You may have seen actor R. Keith Harris in the critically acclaimed series The Walking Dead, Under the Dome or Rectify. He recently wrote, produced and starred in the family oriented action-comedy Shifting Gears. But there are many more exciting projects in the works for the North Carolina native.

“My first love is acting, I knew that since I was nine years old and that hasn’t changed,” Keith recalls. “I moved to Los Angeles after graduate school and I quickly found out that Hollywood was about show business, with the emphasis on ‘business’. As an actor you don’t always have a lot of control over a story and I wanted to have more of a say. That’s why I also started writing, which I enjoyed very much. When I had three or four scripts under my belt, I had to figure out how to get them made into a movie. Because unfortunately it’s not like Steven Spielberg comes knocking on your door, offering to turn your script into a film! So I learned how to produce as well. I made a short film called Harvest in 2003, just as 24p MiniDV video cameras were hitting the scene. We shot a period piece set in 1953 in 4 days! After that I produced and directed furniture commercials, among other things, and kept going from there.”

Fully prepared
Apart from acting, writing, directing and producing, Keith makes time to teach acting students the tricks of the trade. One of the most important things to learn early on is to be prepared before you arrive on set. “You don’t ever want to be the guy or girl that messes things up and makes the whole set do a complete scene all over again,” he explains. “I try to be fully prepared and bring that level of professionalism to all the projects I work on, whether that’s a low budget production or a huge set like The Walking Dead.” 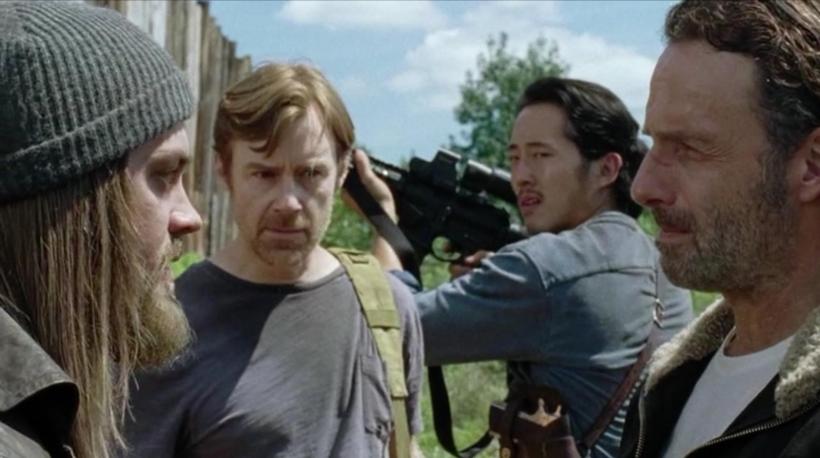 R. Keith Harris (second on the left) as Dr. Carson in The Walking Dead (c) IMDB

Apocalypse refuge
His character, Dr. Carson, might have met his demise on screen, but Keith’s tenure on this popular show has left a positive lasting impression on him. “I’m glad to have been a part of such an iconic series as The Walking Dead. The production was top notch, everything was so professionally arranged. I remember arriving on the Hilltop set and being like ‘wow! This is amazing!’ It looked like an actual little village,” Keith reminisces. “If the apocalypse happens for real, that’s where you need to go. You’ll probably be safe there!”

Right group of people
For the movie Shifting Gears Keith was the writer, producer and one of the lead actors. He wrote the first draft of the script in 2005 and it took many years before the right group of people and the finances were arranged to make the actual movie. “It might have taken a long time to get made, but I’m very proud of the end result! We had a great cast, including character actor M. Emmet Walsh (Blade Runner) and M.C. Gainey (Django Unchained), who is mostly known for playing criminals and darker characters. He was really motivated to get the part and play a more light-hearted role.” 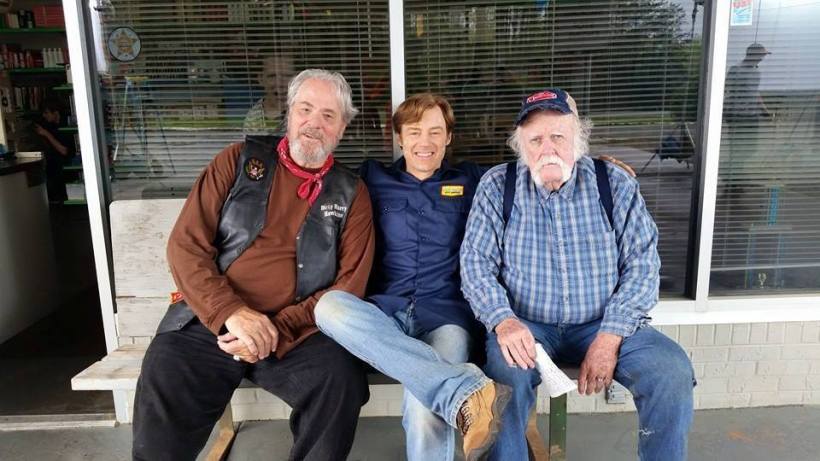 Romeo & Juliet meets Friday Night Lights
Luckily the 49-year-old has no shortage of ideas for future projects. “I would love to do a movie that’s set in space, or a western. In fact, I’d like to write a werewolf western… that would be awesome. I’ve never seen one of those,” he laughs. “But for now I’m working on two series, amongst other things, with my production company Magnified Productions. One is called The Rivals and focuses on a group of high-schoolers and rival families who are involved in dirt track racing. It’s a drama, a Romeo & Juliet meets Friday Night Lights. The other one is a thriller series called See/Saw, in which a teen with a nose for trouble, uncovers a serial killer with ties to her past.” 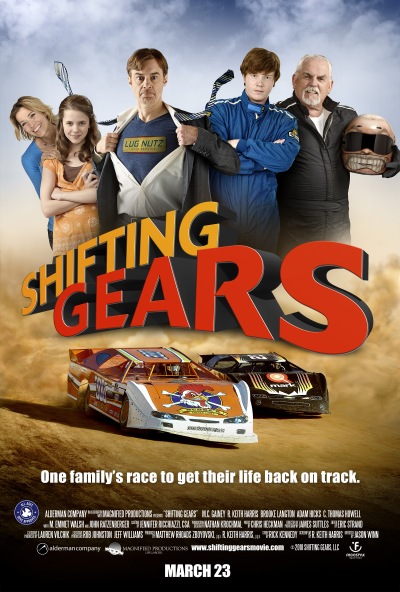 Thinking man’s sci-fi
The series are still a work in progress. First Keith has a new movie coming out in 2019, called Seven Days ‘Till Midnight. “I like to describe it as a thinking man’s sci-fi. It’s about a troubled family man, who packs up and goes into the woods to find himself and literally finds himself. I don’t want to give too much away, but it’s a really neat film, and I’m excited that it’s coming to completion.”

Robert Downey Jr.
Keith has worked with a lot of respected actors over the years, such as Robert Redford, Andie MacDowell and Jeff Fahey. But there are plenty more he’d like to work with someday. “Robert Downey Jr. is on the top of my list,” Keith admits. “He’s just so on point in everything he does. I remember him all the way back from Weird Science. What a fascinating life story too… He’s been in prison, and was eventually sort of reborn as Iron Man. I also really like Chris Pine, especially in the recent Netflix movie Outlaw King. I have already worked with Emma Thompson in A Walk in the Woods, and she is wonderful. I’d love to work with her again. When it comes to directors, Jon Favreau and Baz Luhrmann are high on my list. But these are all future goals. When I look back on filming and working on the projects I was involved in, I realize it’s quite amazing what I got to do as an actor, and I’m really grateful for that.”