Working in the entertainment industry has always been every day life for American actor Justin Shenkarow. The 38-year-old had numerous guest appearances on TV shows and dozens of commercials under his belt at a very young age. Justin gained international recognition for his lead role in the series Eerie Indiana and for voicing bully Harold in the hit animation show Hey Arnold!. This year his focus is on the creation of his own projects.

“I’m trying to expand my creative endeavours from (voice)acting to writing and producing. When you create your own projects you have a lot more say in it, from inception all the way to completion,” Justin explains. “At the moment there a number of projects I’m working on. There are a couple of comedy sketches with Maggy Vick, which will air soon! She’s a wonderful actress and we work really well together. Recently I also wrote a pilot for a comedy, which we’re hopefully going to film in a little while. On top of that I acquired the intellectual property rights of three different true events, based on undercover FBI stories, that I want to develop. Last but not least, I recently went to Las Vegas to film a movie with comedian Eddie Griffin,  called ‘Bad President’. It’s coming out in 2020. I have a fun part in the film, I play the Devil’s minion, and it was a blast to shoot!”

Competitive world
“So I have quite a lot of projects on my plate, which can sometimes be a bit daunting,” he laughs. “Especially when you have to put the whole project together. But that’s what makes this industry fun, exiting and challenging. There are often many obstacles to overcome. Just because nowadays there are numerous networks, that doesn’t mean it’s easy to get your show broadcast. The entertainment business is a very competitive world, but I enjoy it a lot!”

Studying in China
Travel is one of Justin’s other passions. He has traveled across many European and Asian countries, and spent a year studying abroad in the Chinese city of Shanghai. “I was there to experience the culture and pick up a bit of the language. Looking back, I learned a lot. Traveling and living in Asia was fascinating. I always feel, especially as an actor, it’s important to experience the world and interact with people of different cultures. That way you can bring more depth to the characters you play. So I was very grateful to have had that opportunity. It was an amazing experience.” 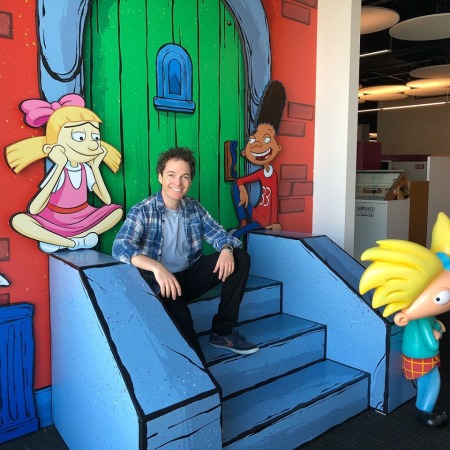 Acting and voice acting
Justin also looks back on his time working on Hey Arnold! with fond memories. “It was a phenomenal run and my character Harold has been near and dear to my heart for many years. It’s a different work process compared to ‘regular’ acting. But the best thing about voice acting is you don’t have to go through hair and make-up!” he quips. “Also, the lines are in front of you, so you don’t need to memorize them as thorougly as you would when you act in front of the camera. Lastly, with voice acting you’re working by yourself in a voice-over booth, instead of on a traditional set. However, there are similarities of course. Both with acting and voice acting you use character development, intonation and different facial expressions. The preparation for my work day is basically the same as when I’m acting on camera.”

The key to Hey Arnold’s success
“It was quite special and unusual that a complete voice cast would come in together and read the entire script, before recording each episode. But I think this worked very well, because as an actor you get to play off the other actors and get a chance to improvise. We all try to help each other and get the best performance from everybody. I’m convinced that the particular way we worked was a tremendous key to the success of this animation show. I’m honoured and happy to have a been a part of so many people’s childhoods through Hey Arnold.” 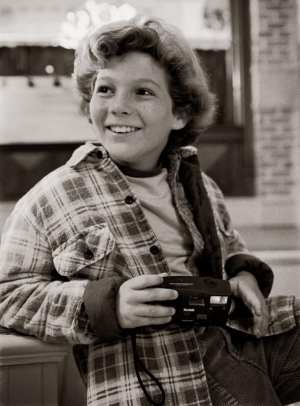 Fun on the film set
“Many different projects have a special place in my heart,” Justin reminisces. “But the TV series Eerie Indiana was one of the most exciting work experiences, because that was my first time as a main regular character. We had a lot of fun on the set, and the cast and crew were great. I was around twelve years old at that time and as a kid it was just a blast to work on the series. I would love to do a reboot of that show one day!”