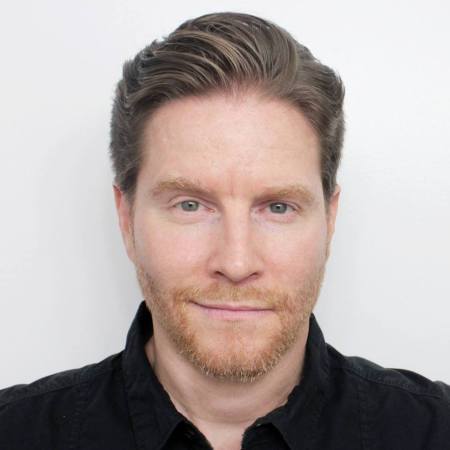 It is rather uncommon for someone to be equally active as a stuntman and an actor, but Damian Mavis has plenty of experience in both professions. The Canadian was Bradley Cooper’s stunt double on The Hangover 2, played Tommy Lee Jones’s bodyguard in Mechanic: Resurrection and worked on the hit US TV series Supernatural and Arrow. Damian recently moved back to his native country after spending thirteen years working and living in Thailand, where he built a successful career as a stuntman and actor.

It wasn’t a big surprise that Damian eventually got into the entertainment industry, it was a lifelong career goal. “But it was a more or less secret ambition,” he reveals with a smile. “I’ve always been a movie buff, but in Ottawa, where I’m from, there is no movie industry. So I didn’t really talk about those career dreams with my friends. By the age of 29 I was focused on martial arts, running my own Taekwondo school and being a student at a Muy Thai academy. That school arranged a trip to Thailand years ago, so I went and had a great time. While I was there I saw a fantastic action movie called Ong-bak, starring martial arts movie star Tony Jaa and I was really impressed. In Bangkok I ran into three actors who worked on that movie and it inspired me. If they can do it, so can I!”

Moving to Thailand
“I didn’t know how I was going to get into the movie industry over there… but nine months later I had sold my Taekwondo school and I moved to Thailand. After only a few months I managed to land a small role in which I got to fight against Tony Jaa himself. It was a dream come true. I loved it. I stayed in Asia for thirteen years and worked on more than a hundred commercials, forty feature films and a few short films. While I was there I also watched Supernatural all the time. I was a huge fan of the TV series and I love the characters. Little did I know then that one day I’d actually be on set and act opposite Misha Collins, who plays Castiel!”

Breaking the ice
“The first day I was really excited to be on set and when the filming started I accidentally walked up to Misha too soon. So he sort of hissed at me from the corner of his mouth: “You’re early! Like really, really early!” I couldn’t help but burst out laughing and that broke the ice. After that it was all good. Misha, me and another actor had to walk into a house, where I had a small fight scene with a demon, before being vaporized! I had a great time. The director, actress Amanda Tapping, also made me feel really welcome during the auditions and filming. I loved her in the series Stargate SG-1, so it was awesome to get a chance to work with her.”

Latest projects and future ambitions
“Recently I’ve been working as a stunt double in Van Helsing, a TV series about vampires. I really enjoy that series. Another project is an independent feature film called The Beginning of the End. It was great that the director on that movie let me write my own lines. Before I started my career in martial arts and film I took writing courses and my articles have been published in a local newspaper. It was nice to be able to write lines for my own character and it’s something I aspire to do more in the future. My work in the movie and television industry made me realise I also want to create and write more on a professional level.”

Thrill ride
“But stunts are still really fun to do. It’s a thrill ride, it gets the adrenaline flowing and it’s very different from everything else I do. Acting is a real passion of mine, but the feeling is very different from doing stunts. It’s more internal work, whereas stunt work is more focused on the external. There are big differences between doing stunts in Canada and in Asia, where there are no unions and hardly any safety measures. The working hours differ as well. Here in Canada you generally work eight or nine hours a day, but in Asia doing stunts could take all day! In Canada you rehearse until it’s good enough. They don’t want you to risk getting injured and the chances of that increase if you keep practicing a stunt,” Damian explains. “That’s why after rehearsing you usually get two or three takes, if all goes well, and that’s it. You also don’t want to rehearse too much and get tired before the scene is filmed. What most people don’t know, is that there is a lot of waiting during the making of a movie! So it’s not an adrenaline rush all day.”

Stunt gone wrong
“One incident did get the adrenaline flowing a bit too much,” Damian recalls. “I was attached to wires for a scene in an Asian movie, where I played the main villain… I had to jump from truck to truck on a highway, while being secured by wires from a crane high above me. Suddenly a few safety lines snapped and I was yanked up really high, dangling over the highway. I was screaming at them to get me down, because if more wires failed, I would fall and die. It actually took them about twenty minutes to figure out how to get me down!”

Aspiring stuntmen
“But luckily those sort of things don’t happen very often! For people who have a true interest in becoming a stuntman themselves, I can recommend making videos for YouTube in which you demonstrate your different skills. Put a link to your online material on your resume and contact stunt coordinators and other people working in the movie industry. It’s also helpful to volunteer to work on set for free. You may not get paid for that time, but the people you meet and the experience you gain can play a pivotal role in kickstarting your career!”